Calbert Dyer is the son of world famous woodcarver Kenneth Dyer whose art is being displayed in the houses of the likes of Jimmy Buffett.
At a very early age, Calbert has learned his father’s craft, but he has also perfected the art of painting, sketch art and hosting quite a few events in Costa Rica. Calbert is also a musician singing Raggae and performing rap with several local groups.
The blog is brandnew, but the vibe is already there. You can feel the excitement behind it and suddenly you rediscover the reasons blogging is so popular. It gives an additional outlet to those who have something to share with the world.
No matter how new the blog is, I can guarantee that there is still a lot to come. Many more upcoming events announced and many events that have happened will be written about. You can already read about a recent show in Santa Cruz, Costa Rica, follow the artist thru the creation of some of his work as well as look at some of the chalk paintings he has made.
I give Calbert Dyer a strong 5. Having seen so many spammy weblogs and blogs that are created for reasons other than the pure excitement of sharing something, this is a very refreshing blog to look at and read. I recommend bookmarking it and sharing it with those who are interested in woodcarving or artistic creations in general.

Great work, Calbert and welcome to the world of blogging!

I donÂ´t like bycicles, I hated riding them as a kid and was happy when I got my first moped 😉 Looking at How to fix bikes however, I immediately see that the blogger is into bikes. And it actually makes me read what he writes.
He adds a lot of pictures and takes pride in trying to explain to the readers how to fix their bycicles. 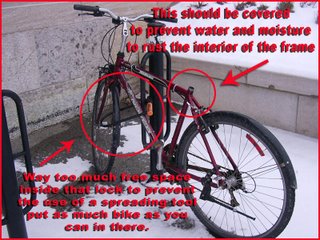 In addition he encourages readers to help him petition for more bike lanes in Canada.

I really like this blog and would love to see more like it. You know right away what he is about, what he is interested in. A great niche blog. If I had more blogs like this one to review, I would be blogging on Bloggeries 10 hours a day. 🙂

I like names, always did. And Celebrity JPG is one of the good ones. No doubt. Especially when the blog is all about celebs, and every piece of information includes some pictures. Immediately I came across the latest gossip such as the Whitherspoon/Philippi split as well as some silly stuff such as Jessica Simpson pics which brings it to light that the blog’s real intention seems to be to generate adsense revenue.
I am not impressed with it, having seen some really good celebrity blogs. But it’s not too bad either. I give it a 3+.
I would lose some ads, add some more passion, and write more. People who are into celebrity gossip, love reading others’ opinions. The blog seems too dry and too newsie. I see huge potential, but for now, the 3 Bloggery is all I can give.